Printed times are only for the songs and don't account for crowd noise or introductions between songs. Both sides start off with an unlisted introduction track. As a result, the track numbers listed on the release is off by one compared to the banding.

Song writing credits in Japanese on inside of gatefold, in English on center label. Listed credits are based on listing in English with assistance from Japanese for specific roles. 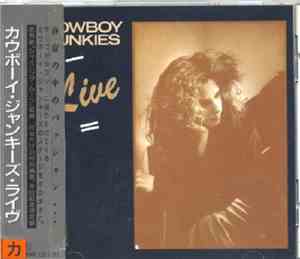